While remote you can't just drop in someone's office. Well, you can't without driving to their house and being a creeper. Which might be your thing. Seems like a career limiting move though. Communication is very important while remote because it's harder, so you need to be more pro-active about it.

Soft skills are very important when you can't see someone and read their body language. It's hard right now, because a lot of people are being forced remote that haven't necessarily developed those skills. You're going to have to work on them though.

We're going to go over synchronous/asynchonous (real time/delayed) communication, and when they are best/worst.

Synchronous communication is what it sounds like. It means that you are basically talking with someone in real time. Examples of this would be phone, video chat, or maybe IM/SMS if you’re going back and forth. We are all pretty familiar with this. Although I’ve found people who grew up with phones tend to be better with it, and I mean actual audio phones. Although my friends hate talking on the phone these days, so what do I know.

Synchronous communication is best when you need an immediate response to something. However, it also stops your colleagues from working. Every time that you interrupt your colleague it interrupts their flow and is an inconvenience. That's not to say that you shouldn't do it, but it is an imposition. Make sure that it's warranted. As an anecdote I have a friend that will message people and if you read them and don't respond then he'll incessantly ping you. I've actually changed my notification settings on one messaging platform due to that. No more notifications to my watch for those (man, that is a boringly dystopian thing to say).

I've found that people tend to prefer synchronous or asynchronous, and not many people actually use them as needed on a case by case basis. Some of that is because people naturally get decision fatigue and minimize the amount of decisions they need to do. I personally tend towards asynchronous communication unless it's very important, and most things aren't that important. Important, for me, would be a major server being down or something similar.

I'm also including meetings in synchronous communication, and most meetings are pointless. I went over some of that in my piece on managing a remote team, but I'll re-iterate. Meetings should have the bare minimum necessary people, have an agenda, and have someone that owns the meeting to keep it on track.

Email is the best example of asynchronous communication, but other types would be

We'll mostly talk about email here, but the principles hold with the others, but I assume that most people are using email at work, and have issues maintaining it. The major problem people have with email is that they get too much of it. That’s more of an informational hygiene issue. Don’t be a part of the problem. Don’t send pointless emails. Also there's the signal/noise ration issue. That means that most of your email isn't important, and it's hard to tell what is. I don't get much email these days since my team mostly corresponds via Slack (IM platform). In the past I dealt with my inbound email in a few ways.

One thing first. It's very important, if you receive too much email about something during a day you will stop paying attention to it. It's almost completely unavoidable. You will start to filter it out. For me, that number is around 5 emails. The number will probably be different for you if you have a higher tolerance than me. When I received a lot of email that number was closer to 20. It's why good processes and filters are so important if your email has the possibility of being important.

You have to protect your inbox. I have worked in organizations where I got hundreds of emails a day, and I needed to at least scan them. This is pretty common in any sort of job that involves resolving tickets (e.g. tech support). I tried to address this by batching my email time. I only checked email twice a day. In the morning and in the afternoon. That meant that I could spend 30ish minutes twice a day dealing with email. It allowed me to respond in a reasonable amount of time, but it didn't completely swallow my day. I'd generally do it while I had my morning coffee, and after lunch. If you need a response quicker than that, then email is probably not your best bet to get a hold of someone.

Some organizations have a culture of immediate response to email. If you immediately respond to email, then you are training people to expect that of you. Be careful about that. Although, in a large monolithic organization low latency on responses will make people absolutely love you. When I was interning I responded to everyone that needed anything almost immediately. That was the only thing that people really knew about me. My work was good, but no one really cares about that. They just care about how you interact with them.

I also completely clear out my email once a week or so.

Email can be a challenging medium because it doesn't convey tone. As a result I tend towards excessively professional in email. It's better to err on the side of caution since tone doesn't translate well to text, unless you're awesome like me. BOOM! HUMILITY!!! I bring this up because issues on a remote team tend to be worse than they would in the office. It's because it's hard to empathize with people we can't see. It's human nature, and something that you need to be aware of. This is why video conferences are important. If you were forced to work remote recently then it's less of an issue. You probably have existing relationships with your colleagues that were developed in-person. That's a weird way of saying that. Is there a better way? You met them and talked while looking at them... Nope. That's worse. Anyways, I'm probably going to write a piece on the importance of soft skills in a remote environment at some point. Maybe.

With asynchronous/synchronous communication there isn't a best option. I have a policy in tech that I think applies here. There is no best platform, just the right tool for the job. Some things are better in one circumstance and worse in others. You can also use them to shore up your own weaknesses.

If you're bad at asking for things you can do it in email/asynchonous communication and you don't have to worry about your body language working against you. I always email quotes for work I'm doing because I don't like to do it in person.

If you're good at interpersonal communication you can use that too. If you aren't great at technical writing then setup a screen share where you can talk/video chat with someone and get across whatever you're covering. Record that piece and then email it to them so they have it for later.

Send snide comments to people via Facebook when you're bored (probably don't do that, but it is fun. I used to make nihilistic comments on my friend's motivational memes before bed when I still used Facebook. I found it hilarious. Like "Nothing easy lasts." "Except death."). 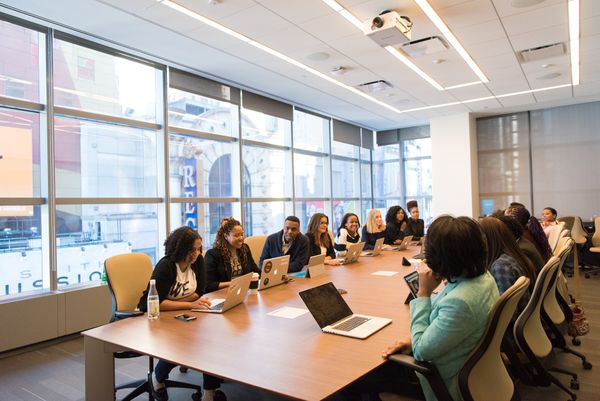 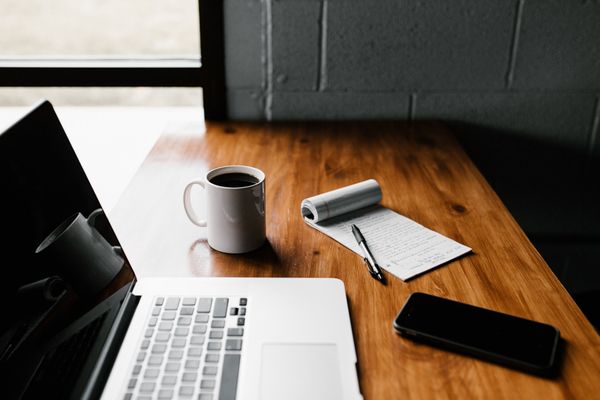 Remote work is much different than quarantine/shelter in place work. Take it from someone who's done this a lot, and still finds this new reality difficult.

Managing remotely is challenging, especially if you haven't before. Let's talk about it.