I've seen some people talking about remote work recently and about how they've had issues adjusting. First off I want to express my sympathies for everyone that was forced into this. Forcing a team to go fully remote without any prep is terrible. I'm not blaming anyone, except for the universe (shakes fist in a generalized direction, but only in 3 dimensions since I'm not sure how to shake my fist in 17 dimensions). I'm a big fan of using the correct terminology, so let's agree to just refer to the myriad shelter in place orders as a quarantine for the ease of my writing, even though every states orders are slightly different due to statutory limitations and such.

Okay, so quarantine work is different than normal remote work. I've been working remote off and on for years, and have been fully remote for most of the last few years. My whole team is remote, and most of the projects I work on are remote. This has still been challenging, both for me, and for the people I work with. I've had trouble identifying exactly what the differences are, and what challenges are hardest. I don't have kids, so that's not an issue for me, but I live by myself, which is it's own challenge. Let's talk about some of the differences between quarantine work and remote work. Specifically isolation, work/life balance, and recreation.

If you work entirely from home you can feel a bit isolated. I've got around this by incorporating several things into my weekly schedule. I game with an old friend, who lives overseas, one day a week, and my brother another. It's a good way of keeping in touch. We still do that, and it's been a great comfort during this time. That hasn't changed much, but I also used to go to the gym for workouts (sometimes, but not often... don't judge me), I would go for long walks with a good friend of mine on Sundays and generally run errands or get lunch. I would meet up with a friend during the week for tea and chatting. He works remotely too in the same neighborhood as me. I would also do brunch with my cousin, and would go out to a restaurant or bar once a week, and sometimes do karaoke.

I can't do any of those now. So I've tried to find other ways of unwinding/socializing. I know that some people are doing online happy hours and such, but I haven't got one of those going yet. Most of my friends work even more than I do, and have kids. It makes it hard to coordinate.

Recreation kind of dovetails with the isolation conversation (really a monologue, but bear with me). A lot of my recreation is also socializing. I think this is pretty common unless you have a solitary hobby like running, or whittling, or solo hopscotch (I couldn't think of a bunch of good examples).

Normally with remote work you have more flexibility for your recreation. A lot of this is because you have so much more control over your time. No commute, quite often some flexibility in your schedule (although that can depend). This allows you to take time for exercise, or a class, or myriad other activities.

During the quarantine I've had to work really hard to get myself to still do any sort of recreation that isn't just sitting in front of my TV watching Netflix or something similar. I was really good the first couple of weeks. I was exercising, and working on some projects. After a while though I stopped most of that. I started eating poorly and screwed up my sleep schedule. I'm doing better now, but it took a concerted effort.

I'm trying to write more (hence these articles), and work on my apartment. However home improvement doesn't really scratch that recreation itch for me. I haven't felt like reading much either. Everyone I've talked to has had less energy. I think it has to do with the constant stress. All that cortisol in our systems is tiring. It makes it hard to make smart/healthy choices.

Work life balance is a buzzword among a lot of people in tech these days, well... not these days specifically, but recently. It's all about culture fit, or so I'm told. People tend to talk about work life balance as an excuse for not working, but it also involves working when that's necessary too. QA work has to deal with this a lot. There's crunch. It's part of the industry. I've pulled a lot of late night's over the years, and as a system administrator I've done a lot of late night deploys/updates.

During the quarantine though it's been much more difficult. For me I've been working too much and have had to actively try to avoid that. For my colleagues and friends with kids they are being constantly bombarded with their children's needs. I imagine that it's terrible (the bombardment, not the kids). You still need to work and get paid to cover your expenses (like food, shelter, and coffee), but your child needs you. That's a really hard decision to have to make, and you have to make it around 10-20 time a day, which is going to lead to massive decision fatigue (it's a real thing).

During normal remote work your kids would probably be in school, or childcare, or you could go to a co-working space. There would be options. One of my favorite things about remote work is the optionality of most things. I usually work in my home office, but there is a co-working space down the street that does day passes. I also travel quite a bit and see friends/family. I was thinking about going to Florida to visit some dear friends of mine. They live outside of Orlando. I would probably be working on their kitchen table as I did when I visited them when they were living in New York.

During quarantine you don't really have any options with remote work, aside from where to work in your house. I don't even really feel comfortable complaining since people that were already working remote have it better than almost everybody else in the country. We still have work, our workspaces are generally already setup for it, and we are used to having to work remote.

I worry that this will completely sour many people on remote work in general, when this is not at all representative of what it's usually like. It's a fairly minor, trivial concern with everything that's happening. I actually think that it's mostly me displacing my concern over my family (some of whom are in very high risk groups), and friends.

I've seen talk that the quarantine is going to normalize remote work to such an extent that we have never seen it before. I'm not sure if that is true, but I have long been an advocate of remote work but quarantine work sucks. Also mandatory remote work for people who didn't sign up for it is worse, in a lot of ways, than forcing people to go in to an office (not worse right now, because you put their lives at risk, but in terms of work environment). I want everyone to realize that this is not normal for anyone. Stay strong, stay sane, and stay safe. 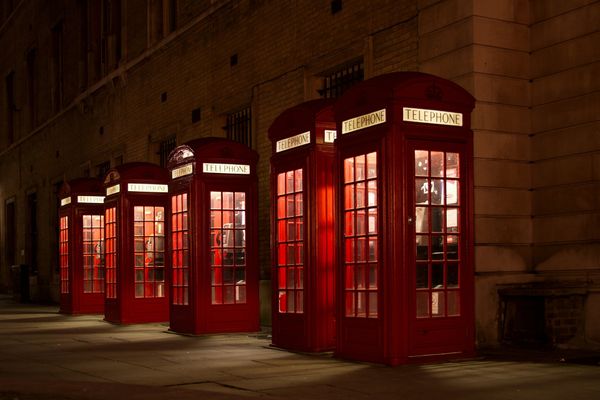 Communication is hard at any time, and it's even harder when you're remote. When is it better to email or call, and what do you do with way too much email to read? Some thoughts.

Managing remotely is challenging, especially if you haven't before. Let's talk about it.